Two Reviews of “Rebellious Mourning: The Collective Work of Grief” 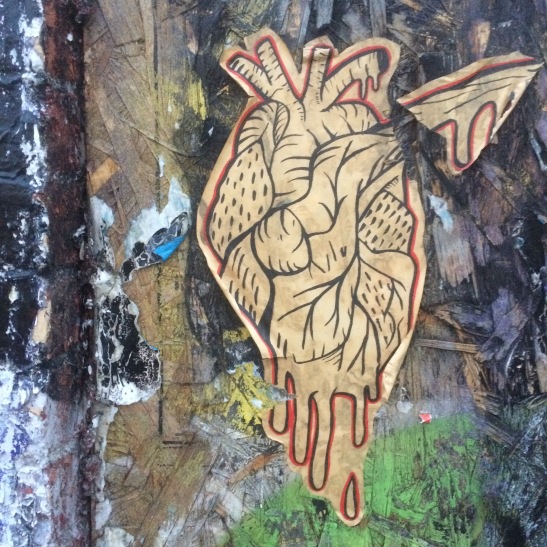 How do we navigate the loss-filled waters that we inhabit? This thought opens the Rebellious Mourning anthology, a collection of essays about grief and loss, edited by Cindy Milstein. Expanding the metaphor of navigation, the anthology covers all the thresholds crossed by those in mourning: intimacy, pain and recovery. But the mourning that the anthology’s title speaks of is not limited to human lives alone. Rebellious Mourning includes elegies for the homes destroyed by nuclear disaster, the communities uprooted by gentrification and the once healthy bodies wrecked by the AIDS crisis. The anthology, in short, engages with all forms of grand-scale loss that humankind has borne witness to in recent history. As the varied voices in Rebellious Mourning demonstrate, the past thirty years have been the stage for a multitude of genocides, ranging from the health care crisis and atomic warfare, to structural racist violence. Some people’s waters, it seems, are more loss-filled than others. Rebellious Mourning acknowledges these injustices, and seeks to challenge them.

In Precarious Life (2004) and, more recently, Frames of War (2009), Butler invites us to ques- tion what it means to be a ‘grievable life’ (2004, p. 34). In the prologue to Rebellious Mourning, Milstein speaks to Butler’s question and offers us a collection of essays that, she writes, ‘exude compassion and humanity’ as a means of ‘shining light on what those in power try to make invisible’ (p. 7). In this sense, Rebellious Mourning is truly an activist work. Following Butler’s question, Milstein invites us to consider the ways in which grief can serve as a foundation for repair. The anthology’s essays, as such, can be read as spaces of healing. But these spaces are not ‘safe spaces,’ Milstein warns us. Rather, Milstein encourages us to regard these essays as brave spaces, ‘without neatly packaged or happy endings, yet still illuminating what it means to bring care and grief into our collective aspiration to repair the world as well as ourselves’ (p. 9).

The collection features notable authors such as Claudia Rankine, Kai Cheng Thom, David Wojnarowicz and Sarah Schulman. Besides textual essays, the anthology features a 32-page, full-colour spread of artworks created in remembrance of lives lost, curated by graphic designer Jeff Clark. A slight impracticality about the book is that it does not contain an index, and so, readers looking for essays on a specific topic may feel a bit disoriented. To the critical reader, the omission of an index may seem clumsy; but to more generous readers, Milstein’s editorial choice may complement the anthology’s overall presentation as a document of loss.

Rebellious Mourning is an impressive catalogue of the ways in which human lives hurt, heal and haunt. It is a tribute to the political ghosts of recent history, and through this activist-driven commemoration, the ghosts in Rebellious Mourning are bestowed with a sense of agency. They linger, fight back and claim ownership of their entitled legacies. Yes, these ghosts rebel.

The word grief comes from Latin gravis, that is, weighty or heavy. For several centuries, the word meant injustice, misfortune, and calamity. Thus, grief was used in the sense of our words grievance or grievous. A griever was a person or a circumstance that caused the pain. Over the course of the second half of the 20th century and into the 21st, we have increasingly narrowed the definition of grief to an individual response to loss, especially to the death of someone with whom the bereaved has an emotional attachment. By extension communities can grieve, for example, after a shared assault like a mass shooting although we have not adequately described the sociological dynamics by which the psycho- logical individual description of grief can be applied.

This book takes us back to the older meaning of grief. Cindy Milstein’s edited Rebellious Mourning: The Collective Work of Grief presents 24 short, very personal reflections and personal accounts by social activists for whom the contemporary world, “is marked globally by rising fascism and authoritarianism, the largest displacement of people in human history, and the greatest structural devastation of the very basis of human life, the ecosystem as a whole” (pp. 3–4). Many of these writers call themselves “radical,” a word that means going to the root of things.
The book is visually beautiful. The graphics, layout, and color reproductions of street art create a good container for the stories and voices within this book that deserve to be heard.

The activists care about the deaths of people they don’t know personally and beyond the deaths themselves, they care about the injustices that are the root causes of the deaths. They could, like most of us, avert their eyes, but the writers in the book care enough to risk their own lives in order to put drinking water into the desert for people crossing the border to escape violence or economic chaos, to speak and act on behalf of hundreds of refugees drowning in the sea trying to reach a safer place for their families, to publicize the indignities forced on Palestinian families trying to bury the bodies of sons killed protesting against the occupation, to demonstrate against prisons disproportionately filled with minority young men, to take the effects of global warming seriously, to think clearly about the long range effects of nuclear power plants melting down, and to understand the history of the fact that in the United States, White lives matter more than Black lives.

Their grief is more than for the deaths of one, two, or even hundreds of individuals. It is also grief for deaths that keep on happening in staggering numbers. The deaths run together. A murder by police of one Black man and the refusal of the judicial system to hold the police officer or the police force itself responsible brings back the deaths of other African Americans gunned down and other find- ings of innocence. Those deaths recall the long history of lynching used to keep Blacks in their place, and before that, the cruelties of slavery. The writers in this book ask us, “What makes certain deaths worthy of grieving? How do some names turn into calls for action, and why are others swiftly forgotten?” (p.64). These are good questions. And we can ask who among the bereavement research- ers gives extended thought to the deaths which to these writers are so grievous?

The activists have taken our measure and find we do not understand them. “i change the topic to anxiety. therapy lady loves talking about anxiety. me the poor depressed indian. her the white fucking pathologizing savior” [caps as in original] (p.72).

Contemporary bereavement research has begun to unravel the role of cultural narratives in individual and family grief narratives, but we still do not have a good-enough model. Paul Rosenblatt and Beverly Wallace (2005) found that African Americans integrated the suffering of slavery, Jim Crow, and discrimination into the narratives they constructed to find meaning in their grief while White people’s grief narratives were largely individual or familial. It would be a step in the right direction if we listened more to the voices of the dispossessed without the filter of our privileged models of grief. This book is a good place to begin.

Milstein’s book is not so much addressed to OMEGA readers who research and try to help bereaved people as it is addressed to activists. She asks what should these activists do with the insights and emotions that that put such a heavy burden on their souls. She rejects a common answer that focusing on your own feelings is self indulgent and distracts from working for change. The view Milstein rejects is often summed up in the words of early 20th century union organizer and song writer Joe Hill, “Don’t waste time mourning for me – organize!” Questionably convicted of a murder charge, he wrote those words before his execution in 1915 in the state of Utah. The strategy of “don’t waste time mourning” is unhelpful, as Milstein sees it, because grief narratives cannot be separated from the narratives of injustice and oppression. Milstein says activists should “open ourselves to the bonds of love, expansively understood. Crucially, we have a way together, to at once grieve more qualitatively and struggle to undo the deadening and deadly structures intent on destroying us” (p. 4).

Public rituals like memorial sites and protest demonstrations after police killings are “processions of remembrance and protests of rage . . . Such collective works of grief help invent grassroots forms of justice in the face of a police state that grants itself exemption from any culpability (p. 6).”

Thus, rather than Hill’s don’t waste time mourning, Milstein calls on the activ- ists to embrace their grief and join together with others mourning the same deaths. Thus, the collective grief becomes a way of creating community organizations that fight injustice. Public memorials and public art, she says, prove “that it is possible to transmute some of the weight of those murdered by the state into an act that is simultaneously memorial and protest” (p.205).

Milstein’s grief as protest is exemplified by Emmett Till’s mother. He was a teenager murdered in Mississippi in 1955 when he was visiting family there. Instead of keeping her grief private, she insisted on an open casket so everyone could see her son’s battered body. The Black Lives Matter movement insists on keeping the names of the murdered young men in front of the public. Private grief would inhibit public action and political change. In every culture, soldiers’ deaths belong to the whole nation, not just to their families. In this book, grief over deaths from the injustices of oppressive governments also belongs to everyone.

Some of the essays in this book are discouraging. A handicapped man who needs a collective to provide him with the physical care he cannot afford knows that his attitude from life’s unfairness turns away from him the very people he needs. A Japanese campaigner finds people unwilling to respond to the needs of those affected by the Fukushima nuclear explosion for a variety of cultural reasons. In another, miners side with mine owners and state government who insist on continuing mountain top removal despite the fact that this practice destroys the environment in which the miners live and raise their children.

Rebellious Mourning was a difficult book to read, not the least because it reminded me of my complacency that, from the radicals’ point of view, is also complicity. I wondered as I read it if such grief can ever find resolution. Milstein reports only small victories, but after small victories the struggle goes on, and then for the radicals there is always another injustice, another cause, and other deaths to mourn. The book is worth our attention because in linking grief to the struggle for justice Milstein and the other authors have added an important new element in how we understand grief.

Editor’s Note
Dennis Klass, PhD, is the coauthor of Dead but not Lost: Grief Narratives in Religious Traditions and co-editor of Continuing Bonds in Bereavement: New Directions for Research and Practice. He lives in Mitchellville, MD.